Gone are the days when it was both hard and very expensive to plan a safari trip. Nowadays, it is normal to throw some clothes in your backpack and explore the wildlife during a weekend.

While Kenya and Tanzania remain the most popular choices, many African countries are emerging as excellent safari destinations.

Since BookAllSafaris.com know how hard it is to decide on the best destination for a safari and want to help everyone who wants to experience the magnificent wildlife, they’ve asked travel bloggers to share their choices of best African countries for safaris.

“Kenya is a classic safari destination and one of the most accessible too. The Masai Mara National Reserve is looked upon as the greatest game park on the planet, and the country consists of vast Savannah plains are teeming with iconic African wildlife. 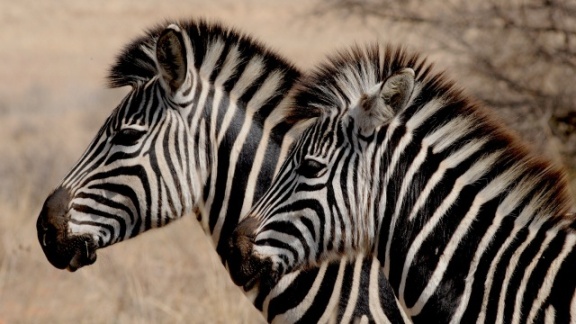 This legendary wildlife reserve is home to The Great Migration which is an annual event where we were fortunate enough to witness millions of zebra, wildebeest, and gazelle rushing across the plains looking for greener grass. It happens between July and October, and many people call it the World Cup of Wildlife. And with a well-timed and well-planned riding safari, you can be cruising cowboy-style right alongside these awesome beasts!!

During our safari, we were also fortunate to spot large predator populations such as lions, cheetahs, leopards, and jackals. While our day tours took place from the safety of a safari truck, at night we would camp within the reserve, and listen to the sounds of wildlife roaming throughout our camp.” – Megan and Mike Jerrard from Waking up Wild

“My favorite country for safaris is Botswana – mainly because it offers such different wildlife experiences as compared to other countries. Gliding through the Okavango Delta on a mokoro, wooden dugout canoe, at sunrise was such a surreal experience. I saw hippos with their eyes above the water surface, crocodiles on the river bank and elephants taking a bath near us. Besides gliding on the water, I also spent a few days wild camping on an island and went on several walking safaris. It was such an intense experience seeing zebras, giraffes, and kudus on foot. Another amazing experience was flying over the delta on a scenic flight — seeing thousands of animals beneath like little dots on the delta was everything I’d dreamt of.” – Nellie from adventure travel blog WildJunket 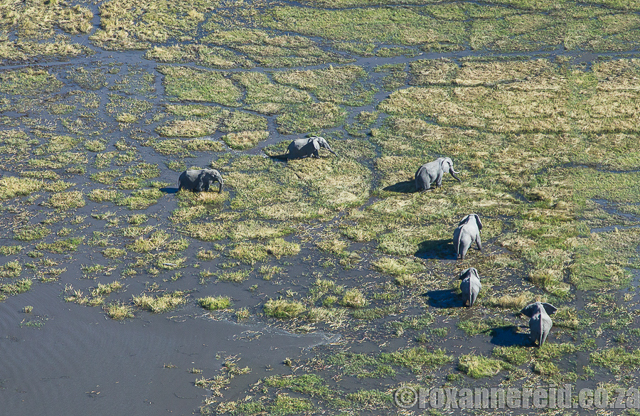 “We’ve been on many safaris in Southern Africa but best of all was five weeks in Botswana, one of Africa’s most diverse safari experiences. We mostly self-drove but flew into the Okavango floodplains in a light aircraft.
In the arid Central Kalahari – Botswana’s largest conservation area – you can see lion, cheetah, brown hyena, and honey badger. After the first summer rains, more than 2,000 zebras and 10,000 wildebeests migrate to the vast Makgadikgadi salt pans, which are about the size of Portugal. This is as spectacular as Tanzania’s Serengeti migration but less well known. We also saw hyperactive little meerkats.

The best things about Chobe National Park are the vast herds of elephant and buffalo, as well as cruises along the river to see hippo, crocodile and water birds from a different perspective. We spent a night on a houseboat and the sunset was unforgettable.

Don’t miss the Okavango Delta, a UNESCO World Heritage Site with water channels, seasonal floodplains, and fan palms. We saw elephant, lion, leopard, wild dog, giraffe, and red lechwe, but the best thing was poling along the waterways in a mokoro (dug-out canoe) and quietly soaking up the wilderness environment.” – Roxanne from Roxanne Reid

“I live in South Africa, so I am fortunate in that I get to do safaris quite often as there are a lot of game reserves here. I’ve done six this year alone. Safari options include self-driving with one’s own vehicle and guided game drives. Two of my favorite game reserves are Sabi Sands Game Reserve and Madikwe Game Reserve. In both of these, self-driving is not permitted – only game drives in open Landrovers with professional game rangers. 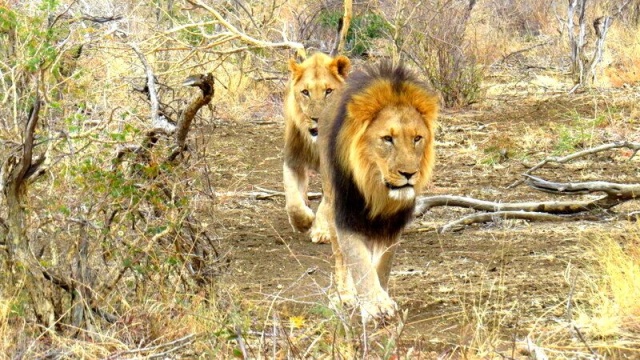 The sightings are regulated and only a limited number of vehicles are allowed at a sighting at any time, in order not to agitate the wildlife. On my last safari, I visited Madikwe Game Reserve. I saw all of South Africa’s Big Five animals – lion, rhino, elephant, buffalo, and leopard. I also saw African Wild Dogs, hyenas, cheetahs, giraffe, and a lot more. For me, the most special sighting was seeing a pair of leopards who had been mating. A leopard sighting is normally rare but seeing two together is even more unique. Another special sighting was watching two magnificent lions devouring a buffalo they had killed. The bush is my special place and I am happiest there.” – Sara from In Africa and Beyond

“My most recent trip to Tanzania was a 7-day safari through Arusha National Park, Lake Manyara, Tarangire National Park, Ngorongoro Crater, and the Serengeti. Over the course of the trip, we saw everything from big cats such as lions and cheetahs to larger animals such as elephants, giraffes, and even hippos. Our three days in the Serengeti gave us plenty of time to “hunt” for the Big 5 (with our cameras of course!) and we were lucky enough to see them all. 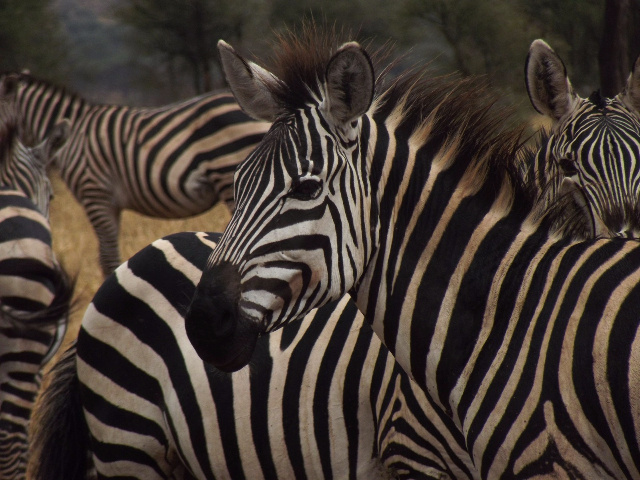 In Ngorongoro Crater, we watched lions on the hunt against the spectacular backdrop of flamingos on the lake and behind that, the 610-meter crater wall. Finding our car surrounded by 15 hungry lions definitely got our adrenaline going! While the big animals are impressive, it was the wildebeest and zebras on their Great Migration through the Serengeti that had us mesmerized for hours. There was something special about turning off the engine and sitting in silence, surrounded by the sounds and movement of hundreds of animals around us. From its breath-taking landscapes to its diverse and plentiful wildlife, Tanzania is a safari lover’s dream.” – Clíodhna from Your Next Big Trip

“When it comes to African safaris, Zambia tends to take a back to seat to other countries in the region – but this lesser-known destination has a ton to offer visitors. Safaris are available at several of Zambia’s parks, the most popular of which is South Luangwa National Park, which has some great budget options. 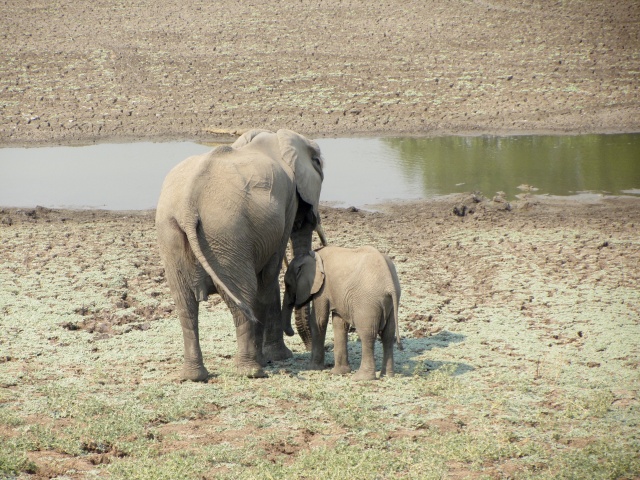 My safari there included accommodations at a rustic lodge and all meals and snacks, as well as two activities per day. I went on morning and night game drives in the park, and we spotted zebras, impalas, giraffes, crocodiles, warthogs, hippopotamuses, leopards, and elephants (including baby elephants!). One of the highlights, though, was our walking safari, which is what South Luangwa is really known for. It was a treat to get up close to the animals’ habitats and learn more about the environment of the park. In between activities, we went swimming in the lodge’s pool, and spent the rest of our time just relaxing and enjoying being in nature.” – Jen from Passions and Places

Cris Puscas is a contributing writer at BookAllSafaris.com. An avid hiker and passionate landscape photographer, she believes that all animals should be protected and loved.

Kericho county strategically sits on the western side of the Great Rift Valley.