Elephants are some of the best tourist attraction assets Uganda has yet over the years, they have come under attack by poachers and illegal Ivory traders who hunt them down for their tusks and leave evidence of their evil handiwork scattered all over the parks in the country.

Over the years, several measures have been put into place by the Uganda Wildlife Authority to protect these wonderful creatures helping their population has increased over the years in the parks and reserves, but this has not stopped the illegal trade and poaching in Uganda from growing.

Uganda is reported to be the best target for international smugglers and over 100,000 elephants were killed by poachers in the past few years especially within Queen Elizabeth National Park located in Kasese western Uganda close to the Uganda- Congo border. The park is home to the biggest population of elephants and this makes it a viable target.

The biggest problem Uganda faces when it comes to protecting wildlife is the enforcement of wildlife laws in the country, which also suffers from corruption in all sectors of the economy. In some situations, the park rangers are bribed by hunters and smugglers to look the other way as they kill the elephants throughout the park which makes it hard for the parks to monitor the situations closely.

The government launched an agency to help ease the corruption problem by monitoring and improving wildlife agencies and by also involving the Uganda police plus INTERPOL in any wildlife issues.

The fact the elephant herds also migrate through the parks and reserves sometimes makes it hard for the rangers to monitor their population between seasons and it is sometimes suspected that within these migrations is when the poachers attack.

Queen Elizabeth being near the border suffers most because the poachers can easily transport the illegally acquired ivory over the border into the DRC and this makes it hard to track down the poachers. Involving INTERPOL makes it easier to track the stolen ivory and the poachers since they have the jurisdiction over the borders. With the use of cameras all over parks where elephants reside, there is an endeavor to curb down the big illegal trade and keep the elephants safe. 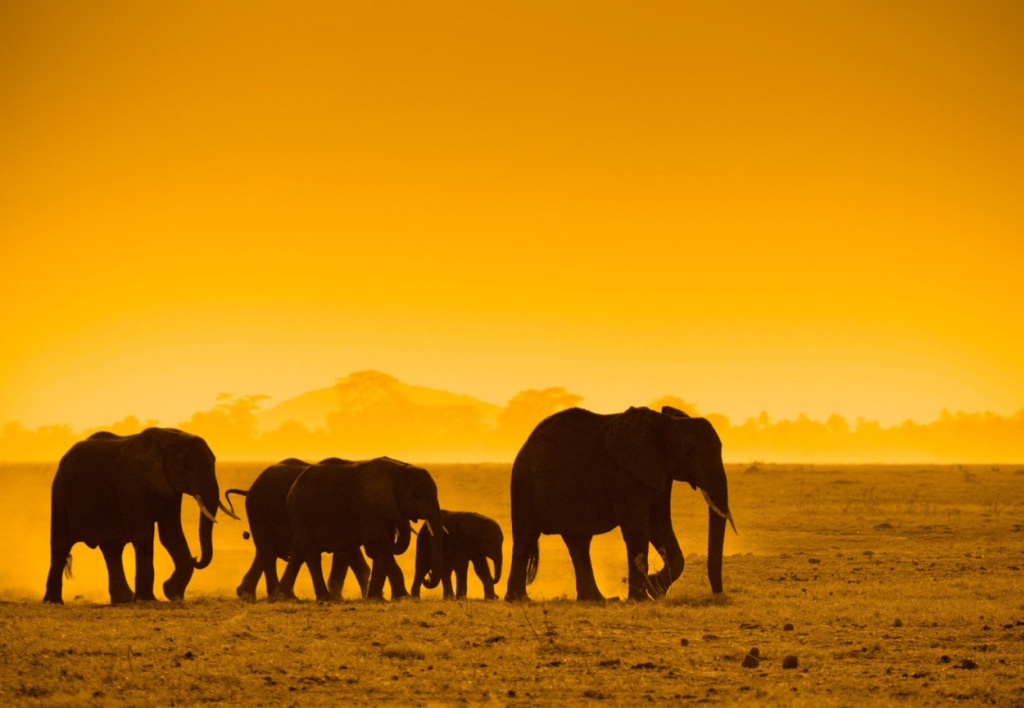 The other danger that animals like elephants face is human population growth around the parks and reserves which usually ends up leading to clashes between the animals and humans. Several people encroach on park land and start up farms and homes which at times can be destroyed by elephants through their migration around the park and in some instances people end up attacking the elephants because they feel a danger from the animals. The Government has gazetted off several properties of land around park where the local communities are allowed and paid off others who had land within park borders to keep peace between the people and also save the animals in the parks.

The Uganda wildlife Authority alongside the government and other several agencies work hard to stop poaching, an amendment in the Wildlife Act to make it even harder for the illegal traders to get away easily when caught. If one is caught, they might end up paying over $21,000 or serve up to 20 years in prison. With such laws to be put into place, traders and poachers are also learning new tricks and staying under the radar which ends up making it hard for them to be apprehended and puts several elephant herds in danger of being killed.

A drastic decline in African elephant population has been largely attributed to poaching. According toRead More

Top Birds of The Pearl

From the savannahs of the Kidepo to the deep forests of the Mabira, right throughRead More